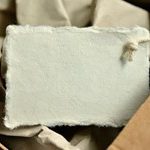 An anachronism now. Who wears a slip under a dress anymore?

Extra-large. A size that never matched my own.

And then—the evidence of regifting—”For Anita”

Long before regifting was a verb, this woman was infamous for her unlabeled talent.

I think about what gift means. In German, Gift means poison.

Artist’s Statement: I write to set the tempo, to hear the rhythm, to feel the suspense of a rising crescendo and to express in words the music I hear at the piano.

Elizabeth Reed is a musician, activist and traveler. Born in Lisbon, raised in Boston and married to a German makes her curious and respectful of other cultures. An intrepid traveler, she and her husband have traveled to forty-six countries, most with one or two children in tow. Her work has appeared in The Boston Globe Magazine, Passion Passport, Parents, the anthology Pages Penned in Pandemic and other journals. She is writing a memoir about surviving leech attacks in Sumatra, treks through Irian Jaya, and similar adventures in marriage and parenting.